It is Time for Some Walls To Crumble 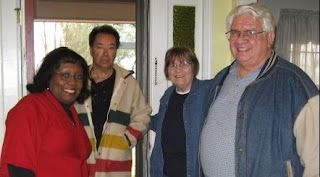 Six years ago, I had the opportunity to meet descendants of the Choctaw family that held my family in bondage. I appreciate that meeting because it was the slaveholder descendant that reached out to me, and for that I shall always be grateful.

For African American genealogists, we are constantly faced with the challenge of researching our ancestors before freedom, and we often find the lack of direction and easy path of family history to be quite difficult. The difficulty comes because the names of our ancestors are recorded as the property other human beings claimed that that they were destined to be. But those who have ancestors who were enslaved in Indian Territory, there is a greater challenge, because few citizens of the five slave holding tribes even acknowledge that slavery occurred, let alone engage with the descendants of those once held enslaved.

In the larger genealogy community, there are many cases where white slave holder descendants meet and share information from private records with descendants of the enslaved. In many cases, the names of our ancestors and their parents, often are found on old family ledgers, or wills, and letters and private holdings. And many are often willing to share and even come onto African American Facebook groups asking where and how they can share information where slaves are mentioned with people who may be searching.

For me, oin recent years, I have had two opportunities to  a chance to meet slave holder descendants who were from the families that held my ancestors. I met some when the Drennan home was dedicated in Arkansas, and I wrote a blog post about that experience.

But also, in addition to that time, I also have had the chance to meet a descendant of another slave holder from Indian Territory and I also wrote an article about that experience. In fact that meeting was history making---because I believe this to be the first time that a Native American descendant of a Native American slave holder had reached out to a descendant of his ancestor's slaves. I had the opportunity to meet a person who reached out to me, pointing out that he was a member of the Perry clan, and descended from Nail Perry, a name I knew to be associated with my family. Nail Perry was part of the Choctaw family to which my family held in bondage.

2006 Meeting of Descendant of Choctaw Slaveholder and Descendant of the Enslaved
As I have yet to hear of other meetings, two days ago, I was more than presently surprised to hear from another person, and this time from an unlikely source. This person was from Chickasaw country!

The letter came from a descendant of Jackson Kemp a wealthy Chickasaw slave holder. 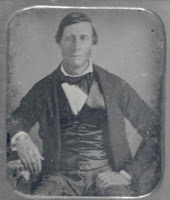 Kemp held dozens of slaves in the Panola District of the Chickasaw Nation. He held over sixty people in bondage by the time the 1860 slave census was conducted. 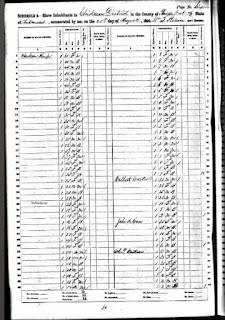 The Chickasaws were extremely conservative and extremely biased towards their former slaves. They were strong Confederate allies and fought for the south during the Civil War. After the war, they refused to adopt their freedmen, and extend citizenship to them, although they signed a treaty in 1866, agreeing to do so. Chickasaw Freedmen were the most discriminated against throughout the post Civil War decades, and many lived in extreme poverty and receive no education, nor rights until way after statehood came. (Statehood was 1907.) Since the Chickasaws refused to acknowledge their former slaves as fellow citizens, their fate was a sorrowful one for years.

But on Sunday I received a very passionate and moving letter from a direct descendant of Jackson Kemp, and I am sharing part of the letter here.

"Nothing I ever do will be enough to make up for what my ancestors did.  There are generations of people whose lives were affected by Jackson Kemp.  It didn't just end when his slaves were freed.  They carried with them the scars that affected their lives and the lives of their descendants.  Even freed, they were treated like they were not human beings.  Even today, they are pleading for their lives to matter.

The letter shared more of the writer's own personal perspective and it was clear that there was sincerity, and there was compassion.

This letter received was perhaps the second time that I have become aware of a descendant of a Native American slave holder reaching out to a descendant of the enslaved people held in bondage. (The first time was when a descendant of Nail Perry of the Choctaw Nation reached out to me.)

Since receiving the email from the Chickasaw person, I have shared the letter with a descendant of the Kemp slaves. Hopefully they will connect and will be able to work together to explore more information and to share their common past. Hopefully in the near future, these Chickasaw Kemps will be able to meet, talk, break bread, and to work together.

Such meetings from Indian country are rare. But they can take place. As I stated above, my first meeting with the Choctaw Perry descendants was six years ago, and hopefully a meeting with the Chickasaw Kemps may occur in the near future.

But such meetings should not occur every six years--they should be commonplace. However, fear has drawn a major line between Indian tribal Freedmen, and the very people with whom they have a shared history.

Fear of Black people, fear of the people once subjugated by their own ancestors, fear of people who have never violated them, has kept Freedmen descendants at a frightful distance, for no reason. There is fear that truly---they don't matter. It does make one wonder when the walls of people who ancestors walked the same trail will be seen as persons with whom they have a shared history. They will find that they have more in common than not in common.

I appreciate the letter from the Chickasaw descendant who has extended an olive branch. I accept it, and hope that others will find some courage within themselves to do the same.

Perhaps it is time for some walls to crumble and for people to meet, talk, break bread and work together.
Posted by Angela Y. Walton-Raji at 8:34 PM

Were these people from the Mississippi territory?

My husbands maternal ancestors were slaves in Sumter county AL belonging to a Scales family. I have read that Scales is a native american surname and my husbands family have strong native american features. Do you have any suggestions for further research?

Kenneth, originally in the early 1800s Choctaws were in Mississippi, but they relocated to the west in the winter of 1830-31 after the Treaty of Dancing Rabbit Creek was signed.

Patricia, stick to standard genealogy methods to document the family. If they lived in a Native American community they may appear on some records indicating that. However, if they did not they will still be on standard genealogy records--census, birth, marriage, death records.

Facial or racial features do not provide evidence of family ties---records provide the evidence when documenting the family's history. If they were enslaved, and did not live within a Native community, there may be nothing to "prove" the ties beyond oral history. However, the family's history should still be explored.