From the Trickster, to Grape Dumplings-Reflections from the Storyteller Conference

The weekend of September 23-24 was an enlightening experience and one that illustrated for several of us, the similarities between two peoples more than the differences 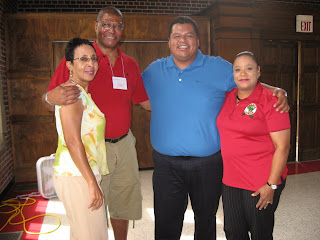 This conference brought storytellers from all of the Five Tribes of Oklahoma, it was also an opportunity to learn and to appreciate the value of culture, of continuing traditions, and to sharing one's history and culture with the community. Although there were some speakers who spoke to the exclusivity of their practice i. e. "I don't tell my stories to outsiders"---it was clear to me, that more than ever, African Americans with ties to Indian Territory, have a rich history to celebrate, share, and invite others to enjoy as well.

But there is one primary difference that I felt:  With the African storyteller, there is no tradition to exclude others, because African people--whether they are from Indian Territory, or the Low Country of the Carolinas, or the Creoles of Louisiana---African Ancestored people have a tradition of welcome, trust and are we people of an hospitable spirit.

Interestingly what was evident as one who sat and enjoyed the presentations, I could not help but smile at the references to the creation stories, and the trickster stories.  Why?  Because the trickster stories from Africa to the Caribbean are alive and have a rich tradition, as well.  I smile when I recall Ananse the spider---who was sometimes the disguised as a rabbit--- and those stories that have charmed children from Western Africa to the West Indies.  Like most tricksters---Anansi (pronounced Ah-NAHN-see)  can take on many forms---sometimes as human, sometimes as another creature and Anansi stories (called "Nancy" stories in the West Indies)  have warmed the hearts of children for hundreds of years. How amazing to listen to the panelists who spoke of the tradition of trickster stories that also prevail within Muscogee Creek communities.

For myself as a Freedman descendant who studies the customs of African people of the Five Tribes, the similarities are evident to those of us who know.

There are the similarities in our culture from the communities themselves---from language, religion and diet.  An example---the diet of Africans from the Territory is one that is just as rich rich in pashofa, grape dumplings, or possom grapes, as it is in greens, cornbread and barbecue. And all of these are still part of of our own family events to this day.

But----what also became evident to me, this weekend--- was the separation that now exists.

Where at one time, we were people who once lived near each other, and once knew each other--- we now live apart, and now are strangers when only two generations ago---our ancestors were friends, and in many cases, they were family. But statehood, the Dawes allotment process and decades of enforced segregation made old friends now strangers, and former compatriots are now persons who distrust each other---preventing those similarities from being known to each other.  The "you are not of us" theme was there as some of the panelists spoke, and though not blatant, it was there, to those who know.

It was a delight to see scholar Daniel Littlefield present, hear him speak.  But on Saturday, it was painful to see how when he spoke, others on the same panel either pulled the cap over their faces, or physically backed away from the table, as if his remarks were not of value. The intolerance was evident, blatant and unnecessary.

There were the references to those "non-Indian writers" were made, and Dr. Littlefield addressed those references head on, and pointed out the fact that he was one of those non-Indian writers who has written for over 50 years, and has continually been honored by the tribes, and his  scholarship has yet to be criticized by Indian scholars, Indian tribal leaders and the Indian community.  The somewhat hostile treatment of such an esteemed writer and scholar in this way was a disappointment.

But---- the good part about the conference, was to note that that the determination of the storytellers to keep alive was genuine. And I personally reflected and realized that the stories that have been told in our homes that came from our grandparents, &their parents need to be told even more than ever.

Though many of us are now strangers to each other we don't have to be.

There were a few who did meet us half way across the bridge, as the plenary speaker suggested. But many never set foot on the metaphoric bridge. We were there in the middle of the metaphoric bridge already---for we had traveled over 1000 miles to be there, and to listen and to learn. Though very few bothered to extend a hand of of friendship--for it is not their way---what a loss of opportunity.

As much was referenced to "the old ways" it should be remembered:
No culture, is static. Those cultures that are static, are extinct.  The human experience is dynamic and it does grow and change as contact with others brings about that dynamic change.  And life, is change.
I often find the stories of those now gone, from the many narratives and documents left behind. And there on the landscape of NE Oklahoma one finds the evidence of the blending of people who lived near each other. As Muscogee heritage specialist pointed out, in many communities the African slaves brought their stories with them, and one even now hears the stories of Brer' Rabbit and others in Creek communities.  Indeed, as the Africans brought their traditions and culture with them, many former slaves took the Indian traditions and customs that they had learned back into their families and communities as well.

No culture is static--that which is static is extinct.

All in all, the conference was an enlightening one.  The resounding theme for me----we must tell our own stories.  For it is from those stories that we have the evidence of our past, of our presence and ultimately of our future.

Special thanks go to the staff of the  Five Tribes Museum for hosting the reception and co-hosting the conference.  They are people whom we admire and appreciate and look forward to seeing again in the future. Their graciousness and their gesture of friendship and acceptance took courage and was appreciated by those of us who traveled to be there.  Their inclusion of our exhibit reflecting the history of the Freedmen is indeed a step in telling more of the dynamic and complex story of Indian Territory.

I am grateful also to those who did meet us half way across the bridge and whom we look forward to meeting in the future: 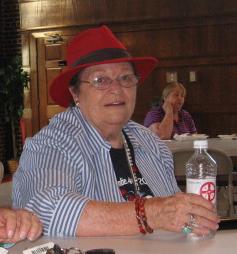 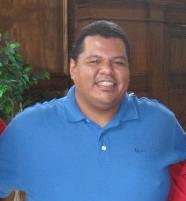 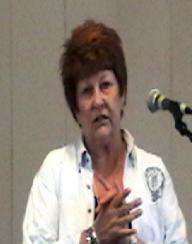 It should also be mentioned that we had the chance to meet artist and illustrator Jeanne Rorex. She is the author who illustrated the book by Tim Tingle, Crossing Bok Chitto and is known for her artwork the Sisters Series reflecting African-Native American families. 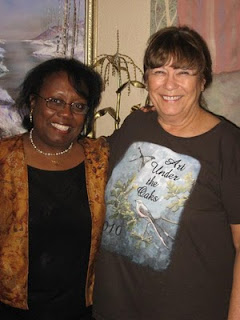 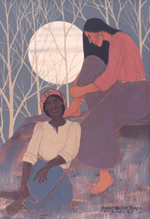 Image from The Sisters Series

No culture is static. That which is static is extinct.

The lessons learned have been profound. Now is the time to tell our stories!