In April of 1901 Alexander Nivens appeared in front of the Dawes Commission, for the purpose of enrolling himself, wife Mary and their six children as Cherokee Freedmen. His children were Samuel, Charles, John, Wheeler, June and Amelia. Alexander was 60 years of age at the time, and his wife Mary was 48. The four youngest children were all under 18 years. Both Alexander and Mary were both born before slavery was abolished in the Cherokee Nation. Alexander had been enslaved by Cherokee John Nivens, and Mary had been enslaved by Cherokee John Adair. 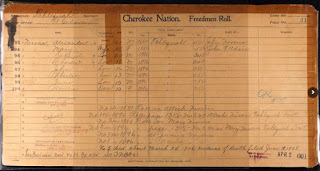 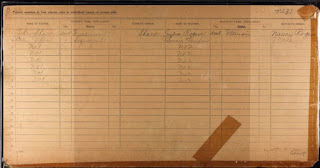 Reverse side of Card
(Source: Same as Above)

Both Alexander and Mary had been previously enumerated on the 1880 Roll of Authenticated Cherokees, and also on the 1896 Cherokee Census Roll. 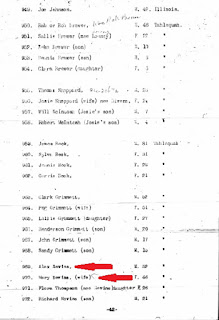 Richard Nivens, appeared for himself and his wife Annie and their children, and another son, Callis appeared for himself and his wife Emma and their children. Richard and Callis were both sons of Alexander and Mary Nivens. Annie, the wife of Richard was the daughter of Anderson and Sarah Bean. Callis's wife Emma was the daughter of Jimmie and Patsy Dennis. Emma's mother Patsy was the slave of George Sanders. (Her father Jimmie was not a Cherokee citizen.) 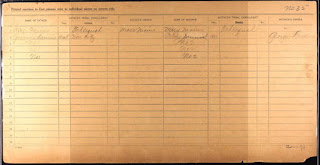 (Reverse side of Callis's card) 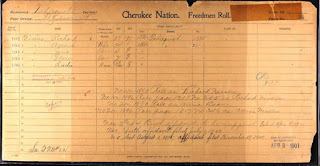 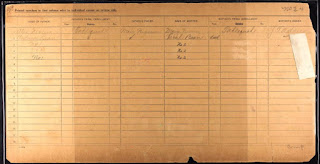 Reverse side of Richard Nivens Card

The questioning of Alexander was the standard with questions about himself, place of birth, wife and the names of his children. There was some interest about the status of his wife's parents and if they had been slaves or not. Alexander answered all questions easily and pointed out when asked, that he did know that Mary's parents were slaves, and that he even remembered that her mother Judy was a slave. Mary's family had been taken south during the Civil War, but returned to the Ft. Gibson area when freed. 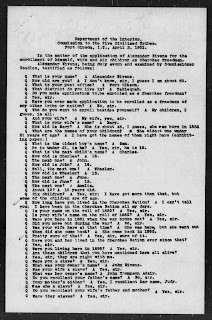 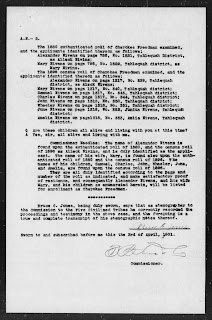 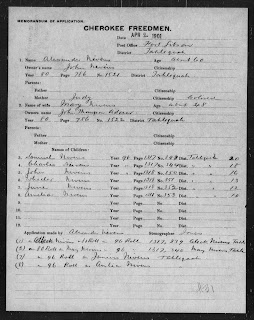 Mary, wife of Alexander, was interviewed in the 1930s for the Indian Pioneer interview project. Her interview provide a small glimpse into life during those first years of freedom. She also spoke about the time when a cholera epidemic had affected the community, and she had lost so many family members. Because there was so much loss of life she even wished that she would succumb to the same disease affecting the area. Her final days were spent with her grown son Samuel. The land allotment that the family once had, was no longer in the their possession, and she simply described the loss of land sadly as simply being "all gone, now." 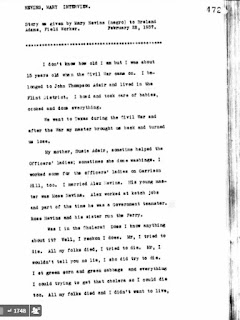 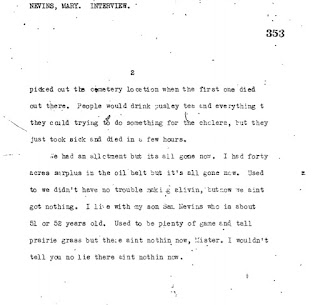 (Source: same as above page)

The Nivens lived in the Hulbert Okalhoma community for many years. A quick look at the 1920 census records reflected the Nivens living in the same community of Neros, Pettits, and Fords, all well known Cherokee Freedmen families. These would have been the times when they were living on their land allotments that were later lost or sold away from the family. 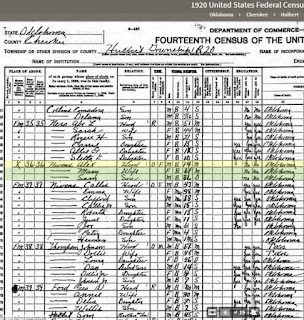 There are a few land records that reflect the family's receipt of land allotments. 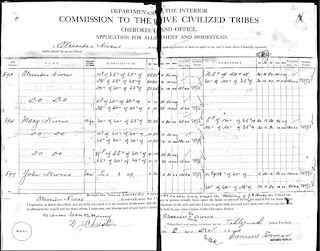 The Nivens remained in Oklahoma in the 1930s, but by 1940 Callis and family had relocated to Labette County Kansas, and had settled in the town of Parsons. The family may have moved on to other places now that many decades have passed, but theirs is a strong legacy coming out of the Cherokee Nation. They survived enslavement, witnessed the post Civil War years of resettlement and adjustment, and worked the land of their birth for several decades. As westward expansion opened up in the Territory, they claimed their land and worked their land for some time before moving away. Having moved to places beyond Oklahoma, it is hoped that the Nivens legacy is is still a strong legacy of family and resilience and sustenance.
*********************

(This is the 6th article in a series devoted to sharing families once enslaved in Indian Territory. The focus is on Freedmen from the Five Civilized Tribes and are part of the effort in 2017 to document 52 families in 52 weeks.)

Her description with the repeated, "It's all gone now." is so sad.

Hello. These are my 4th great grandparents. Their daughter, Josephine Nivens, is my 3rd great grandmother. Do you by any chance have any more information on them aside from what you have posted? Thank you!