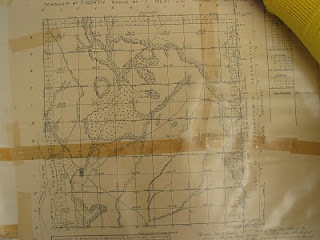 On August 8 of this year I posted an article about an interesting African American settlement located on the banks of the Canadian River, in what is now Cleveland County Oklahoma.

In that article, the earliest map was that I had found was a map from 1879 revealing a settlement simply referred to as the Negro Settlement.  This settlement was reflected for several decades, and then as suddenly as it appeared---it disappeared from the maps and from the pages of history. In fact, it never appeared on the pages of the state's history.

Mr. Jason Clark, a California based researcher, who owns  land in the nearby town of present day Slaughterville Oklahoma saw the article and wrote to me after reading the article.  While on a recent trip home to Oklahoma, he did some searching at the courthouse, and he located an earlier map of the same area. This map reflected a similar location, to a degree, with two interesting notations on that map: one reflected Negro Huts,  designation "Negro Huts" and less than a mile away, on home of the map, noted as "Negro House."
Was this a boarding house, or a structure for one family?  Right above the notation for Section 29 were the
"Negro Huts".  The question is---were the "huts" on this earlier map reflecting the same settlement? 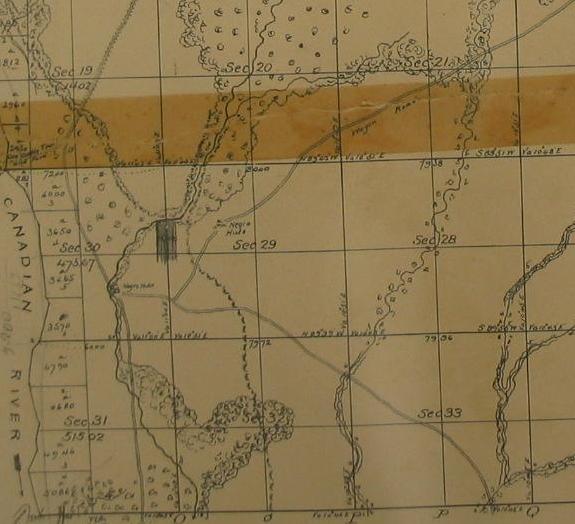 Like the other maps, there was a road coming from a northeasterly direction, but nothing called the Cheyenne Agency Road. The road on this earlier map was simply referred to as a Wagon Trail.

So the  mystery still continues as to what this community was, and who the inhabitants might have been.  Were the Negro Huts simply near the designated Negro House by accident or was there a relationship between the occupants? 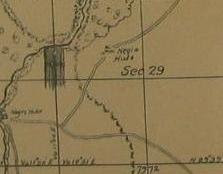 Looks like there may be more research trips in the making my friend.

It certainly does require spending some time in the area doing research in the future.

Which areas do the Seminole Freedmen come from?

Seminole Freedmen are not reflected on this map. They would have been somewhat north and east.

Sorry what I meant by my question is which present day states/cities do the Seminole Freedmen originate from.