In 1899 Hester Murphy applied for herself and her family as citizens of the Creek Nation in front of the Dawes Commission. From the records reflect the Murphy family from Coweta, a family well documented and strongly connected to the community, the land and to the Muskogee Creek Nation. On the enrollment cards, Hester's name is found as well as those of her daughters Fannie and Ruth, her sons Fred and Walter, an associate Joseph Stephens who was not related. She was a member of North Fork Town, and prior to the war, was once enslaved by Moty Canard. 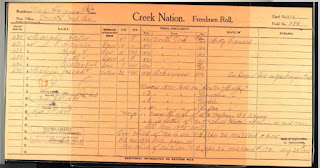 The enrollment card is full of genealogical data, reflecting not only their names on prior rolls, but also notes on the front of the card reflect other relationships, such as the spouses of Hester's children and subsequently, their children (Hester's grandchildren) also.

Joseph Stephens who was not related to Hester, did have a tie to the family. He was listed actually as the father to one of Fannie's children listed on another card.

(Source: Same as Above) 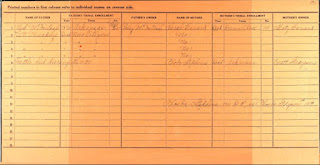 From the Application Jacket
This is one of the rare Creek Freedmen application jackets that is full of data and that contains a very detailed interview.

In the interview attention was directed to her history, and how long she had lived in the Territory and whether or not she was always living in the Creek Nation. She pointed out that she left when "all the people went out". She was referring to the time during the Civil War, when many people left their homes to avoid being in the vicinity of the battles and skirmishes.

To verify her presence, several questions were directed to her about various payments made to Creek citizens. They discussed whether she was on the 1890 roll, and if she had received the $29 payment and if she had drawn the $14 that was also paid.

Also in the interview the voice of Freedman leader Sugar George was found. He was a major leader who served in the House of Warriors, the House of Kings, and he served as town king of North Fork Colored town. 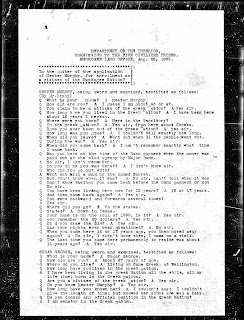 Sugar George had been town king for about 12 years at the time, serving in that capacity since the 1880s. Prior to that time he served in the House of Warriors. As questions were directed to him about the movement of Hester and her family, he pointed out that he knew with certainty that they were back in the Creek Nation before the 1866 treaty was signed. He pointed out that he know it, because he "took them into the yard" when they arrived, and that Hester's family was closely related to him.
>
>Hester took the stand again and when asked about who traveled and returned, she named her family members, including her siblings. 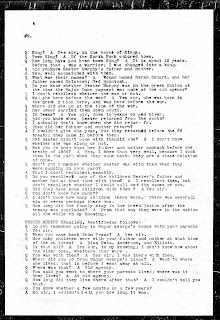 The third witness was Tacky Grason, a legislator at that time in the Creek Nation. He was also able to verify Hester's ties to the nation. He knew her parents Nero McIntosh, and Hester's mother Sarah. He also corroborated that not only Hester's parents left during the war, but that most people had vacated the area during the war as well. He also confirmed as did Sugar George that when peace was declared they were already back in the Creek Nation. 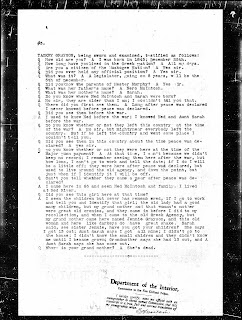 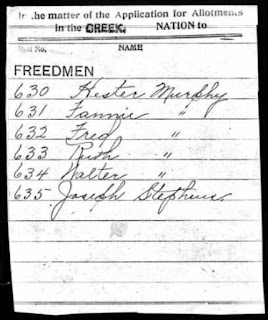 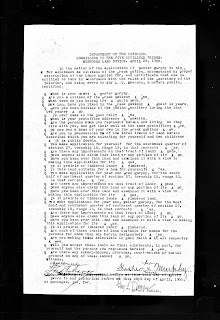 Angela I appreciate the fact you make the point just how integrated the so called Creek Freedmen were in the culture and politics of the nation. From Sugar George as a Town King and Legislator to Hester and her family. The descendants of the Creeks and "Creek Freedmen" should be seen as citizens of the Creek Nation today.

The value of your research discoveries are without measure. I am on a novice level learning curve learning more and more about the Sells side of my family and the Fords on another side. Hearing about about the many other families instills and deepens my pride in the culture. Thank you.