The Family Legacy of Philip A. Lewis from the Creek Nation

The Lewis family of Muskogee Oklahoma has already been profiled with much focus on the maternal side of the family. Philip and Elzora Lewis applied in front of the Dawes Commission in 1898 and Elzora's family story was outlined in an earlier post. However, the story of Philip Lewis is as detailed and one can go back even further when examining his own family history.

As presented before, the Lewis family resided in Muskogee, and appeared in front of the Dawes Commission in 1898 to enroll themselves and their children as Creek Freedmen. 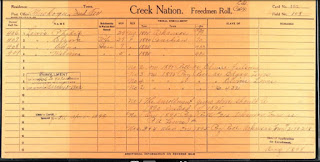 Like so many cases, others, the Application Jackets for many Creeks simply do not exist, were never microfilmed, and have possibly been destroyed or hidden from the public domain. But thankfully a far better interview does exist for Philip Lewis, and like his wife Elzora, the Indian Pioneer project in the 1930s provided an opportunity for him to speak freely about his own family history. In addition, the full interview reflected an expansive knowledge of Creek history. 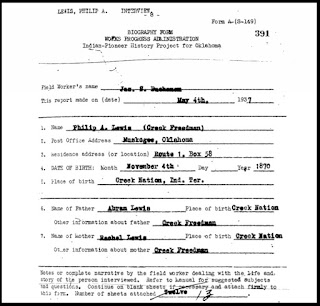 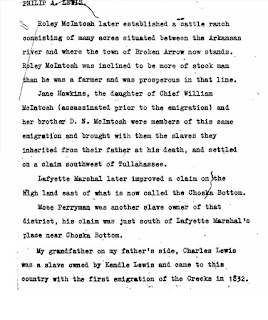 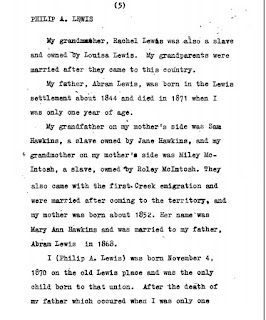 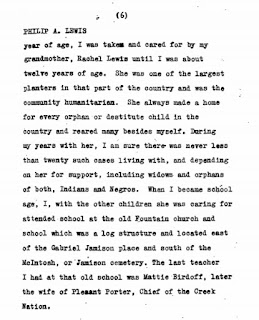 From the interview, some glimpses into the lives of his family can be gleaned. Philip spent much of his youth in the care of his beloved grandmother Rachel. She was a caregiver to many and she nurtured many in her Creek community, though yet, enslaved. Rachel continued care for multiple children even during the post war years when they were now free, and allowed to attend school when of age.

Philip attended school at Fountain Church for primary education, and later he attended the Tullahassee Mission School for Creek Freedmen. Education was a priority in the with Philip, and he became himself an educator, later teaching at the Tullahassee himself. 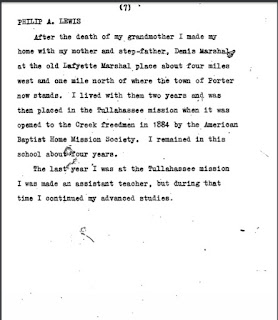 Image Source: Same as above 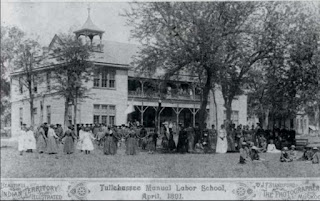 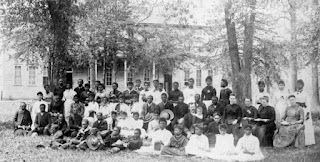 Philip Lewis was one of the earliest known Freedmen who became an educator at the school that he once attended. Also it is noted that the Lewis interest in education continued well into the 20th century, for it was noted in the 1920 census, that Philip and Elzora's daughter Melvina worked as a school teacher at a unnamed "rural" school.

They lived mostly around the city of Muskogee, well into the 20th century. Phillip and Elzora's names are also found in a city director for Muskogee Oklahoma in the mid 1940s. 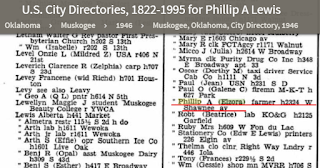 The Story of the Grandparents of Phillip A. Lewis

One of the many fascinating features in the narrative of Philip Lews was the story of his grandmother Rachel, and how she became the wife of King Kernal. The story is more than unusual, because it takes place at a place of sorrow and heartbreak---a slave auction.

He recanted the story that grandmother Rachel often told---of how she was being auctioned off to be sold to the highest bidder at a slave auction. One man in the crowd--another man enslaved, in fact, addressed her, and asked if his master purchased her, he asked if she would be willing to become his wife.  This is one of the stories in Indian history where the actual purchase of a slave is told from the perspective of the enslaved person's family.

In spite of it being a time of heartbreak, there was a degree of love that emerged between the two--enslaved people, King, and Rachel, and the love that grew from their union endured for decades, through enslavement, intro freedom, and to the cusp of statehood. 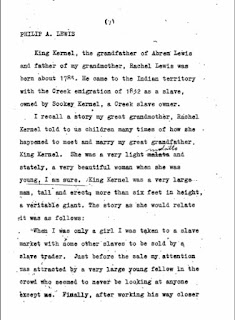 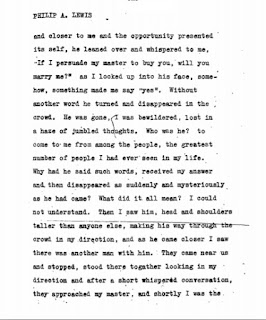 Image Source: Same as Above 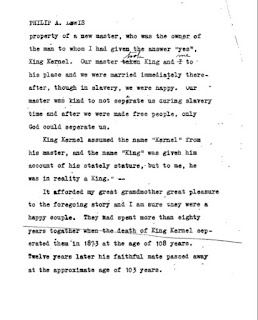 Image Source: Same as above


The Lewis family thrived well into the 20th century, with both Philip and Elzora living into the 1950s. Both of them had seen many changes from the era of slavery, the Civil War, the post Civil War years in the Creek Nation, to the years of westward expansion, the Dawes Commission era, into statehood and their eventual life as US Citizens. Their history is a rich one, going back over 200 years, and this strongly rooted Oklahoma family has a legacy that is honored and to celebrated.

Both are buried in Booker T Cemetery in Muskogee Oklahoma. 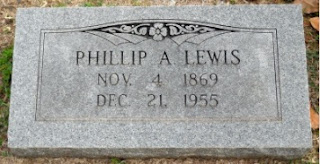 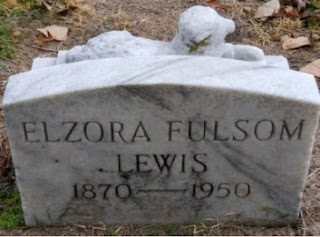 This is the 34th article in a 52-article series devoted to sharing histories of families once held as enslaved people in Indian Territory, now known as Oklahoma. The focus is on the Freedmen of the Five Civilized Tribes, and these posts are part of an ongoing project to document 52 families in 52 weeks.
Posted by Angela Y. Walton-Raji at 5:45 PM