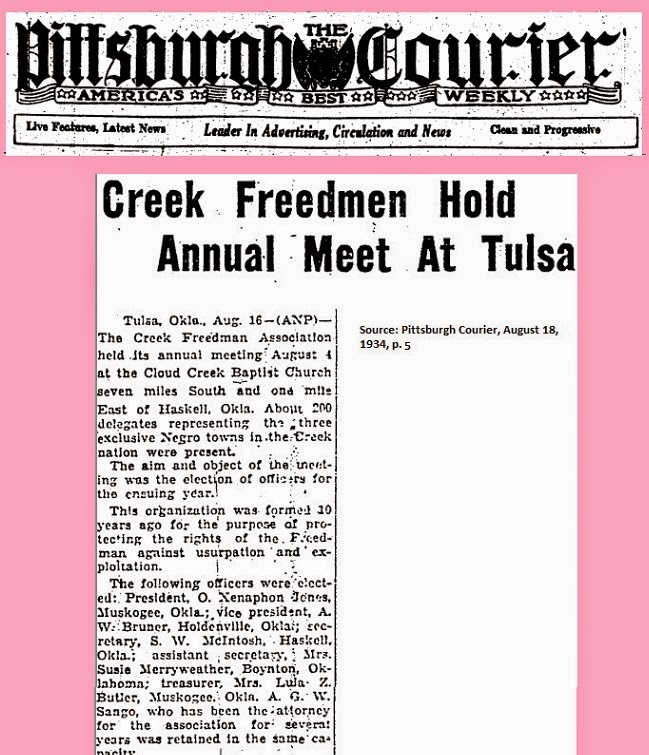 In the early decades of the 20th century various organizations flourished, with the purpose of providing a voice of support to the various communities of Oklahoma Freedmen. Among them was the Creek Freedmen Association. The group organized in the 1920s and although most who were familiar with the organization at the time were mailny people in or near Okmulgee Oklahoma and the many Creek Freedmen settlements, occasionally news about Freedmen made it into the national Black press. One such article was found in a 1934 article of the Pittsburgh Courier.

The article describes to the readers a strong gathering of Freedmen that occurred in Tulsa. The meeting unfolded with over 300 in attendance. The Creek Freedmen Association was formed in 1924 and the group sought to work for the benefit of the Creek Freedmen. As stated, their goal was to protect "the rights of Freedmen against usurpation and exploitation". During these years persons of any degree of African ancestry had many challenges facing them in Oklahoma. Legalized segregation, land grafters, disenfranchisement from the tribal community and many more issues faced them. It is therefore not surprising that they were organized and working for a way to address their concerns and keep them in the forefront of the Creek Freedmen community.

One of their leaders was the amazing A.G.W. Sango, a popular attorney who represented the Freedmen in many cases over the years. 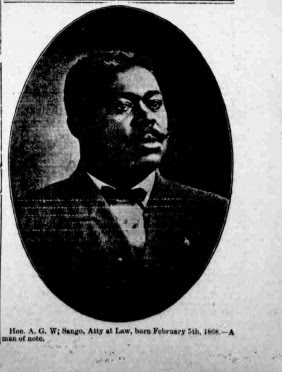 Sango was one of a long line of attorneys who worked for Freedmen and he was not the only person from the Creek Nation. The first Freedman attorney was Sugar George, who also served in the Creek Nation in both ruling houses, the House of Warriors and House of Kings. Though Sugar George died in the early part of the 20th century, Sango lived well into the early decades and continued to serve the community.

It is not known what happened to the association, but theirs is a legacy that should not be forgotten.