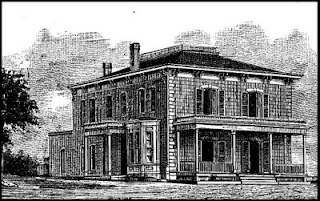 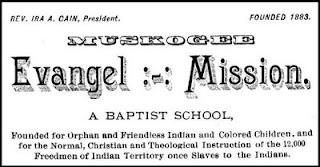 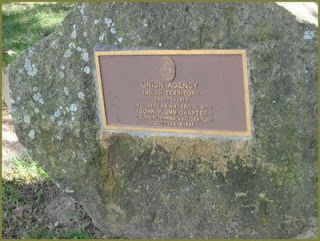 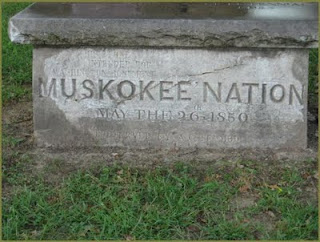 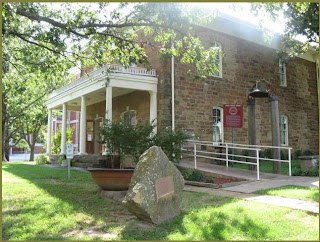 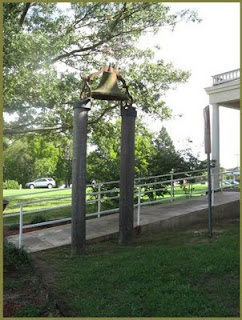 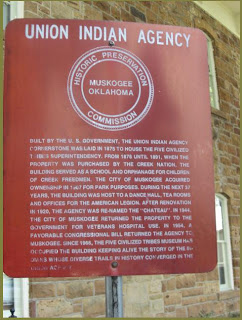 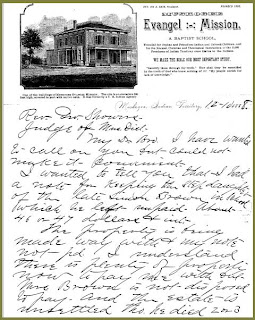 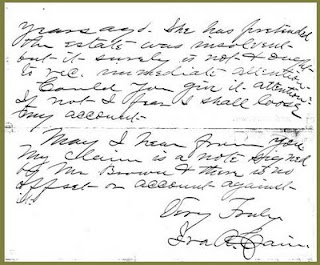 Page 2 of letter from Evangel Mission
Someday, I hope that the history of Evangel Mission school will be known.  Unlike so many other schools, that have disappeared and are not remembered,  this is probably the only Freedman school known to still be standing.
Many questions about Evangel Mission must be asked:
Who founded the school?
Who were the teachers?
Who were the students?
Do the foundations of other buildings still exist on the property?  (Have they ever been sought?)
Have any records of Evangel Mission survived?  If so--where are they?
Could old records be in the building today?
And now that the name of this school is known---Evangel Mission---can it's name be put someplace on the premises?
In a recent blog post,  I mentioned that there are so few landmarks that represent the African American history of Oklahoma, especially the pre-statehood-Indian Territory years.
Oak Hill Academy for Choctaw Freedmen is gone.
The Cherokee National Colored High School is gone.
Tullahassee Mission School aka Flipper Davis College is gone.
The Creek-Seminole College for Freedmen in Boley is gone.
All of the original buidings that were built on Langston University are gone.
Sango College in Muskogee is gone.
Tushka Lusa Academy for Choctaw Freedmen is gone.
Dawes Academy for Choctaw and Chickasaw Freedmen is gone.
BUT-------for some reason---perhaps for the beauty of it architecture---the old Evangel Mission School stands.
Although at present the visitor to this building is not told of its rich history, perhaps that can be changed. Although today it is known as the Five Civilized Tribes Museum, nothing prevents anyone from referring to this important building by the name that it once bore for many years---Evangel Mission.
Posted by Angela Y. Walton-Raji at 2:43 PM 4 comments: