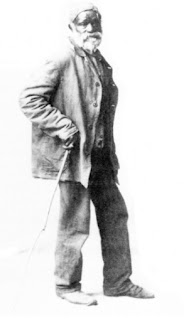 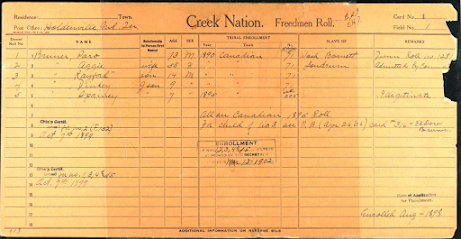 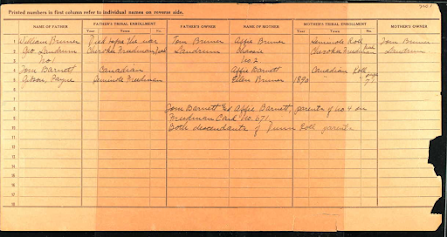 Source:  Same as Above

Much has already been written about Paro Bruner from the Creek Nation. He was a leader among Creeks as well as interacting closely with Seminole Freedmen. He was, in fact, full brother to Caesar Bruner, chief of the Bruner Band of Seminoles. His relationship to his brother Caesar was highlighted in Volume 2 of Freedmen of the Frontier.

Paro Bruner was Town King of Canadian Colored Town in the Creek Nation. He was also the founder of the Prairie's Edge Settlement, which is now part of the Holdenville Community. Like many Creek and Seminole leaders, he was bilingual and moved between both categories of Creeks. He was involved in various aspects of tribal affairs of the Creek Nation, and like his brother Caesar in the Seminole Nation, he was a man of influence. He often pressed for more legislation regarding relations of the tribe with the US government, but he also involved himself with issues as they affected African Creeks as well.

Paro Bruner worked with other African Creek leaders such as Monday Durant, illustrating how schools for Creek Freedmen were often allocated less than schools for citizens designated as people "by blood". This act alone did result in the tribe allocating $3000 for the establishment of a boarding school for Creek Freedmen children. In addition Freedmen neighborhood day schools were also established in Freedmen communities. Thanks to the efforts of Paro Bruner, along with other leaders, literacy and other opportunities opened up for Freedmen in the Creek Nation.

Paro Bruner's name is one that should be called frequently from those who study both Creek history and Oklahoma history. He was a leader, and his presence at the "front of the line" as the Dawes enrollment process began is understood.