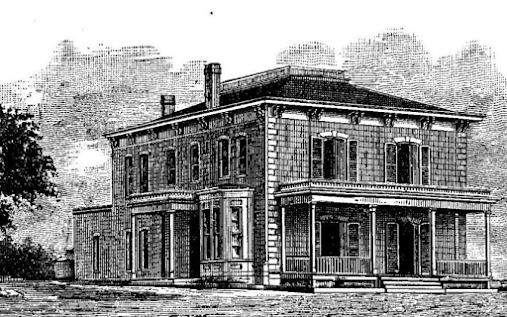 At the top of the old Agency Hill area in Muskogee, one finds the only Freedman school from the 19th century, that is still standing. The school was once known as Evangel Mission School, which was a school and residence for Creek Freedmen. Prior to the establishment of the school in the 1880s, itw as the site of the old Creek Agency, from which the term Agency Hill comes.

Beyond the original article that I wrote about Evangel Mission in 2011, this is simply an effort to place the history of this school in the minds of those who study the African American presence in Muskogee, Oklahoma.

This building that now holds the only still-standing structure built for Oklahoma Freedmen, is now known as the Five Civilized Tribes Museum. Many historical markers and notable aspects of the history of the area are found upon the grounds of the Museum. However, unfortunately, not one item mentioning the school, its founders, nor the students can be found. The black history of this former structure has been omitted.

A few facts about Evangel Mission School
-Established in 1883 by Baptist Missionaries
-Ira A. Cain, President/Superintendent of the School
-Located in the old Muskogee Agency building
-Names and Number of Students and Teachers: unknown to this day.
-Uses of the school building--Dance Hall, Tea Rooms, American Legion
-Current use: Five Civilized Tribes Museum

Hopefully someday more details about the school, the staff, and students will be known, but it is remembered during Freedmen history month. May those with ties to this part of Muskogee history, and Creek Freedmen history bring forth it's story. 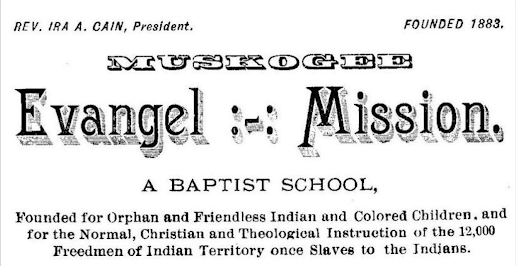 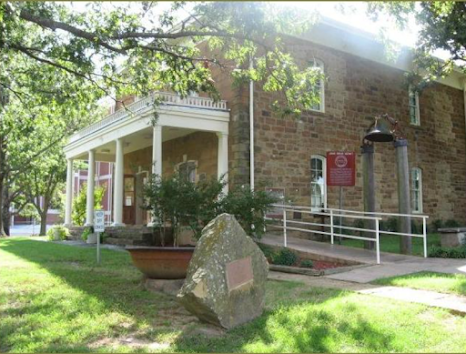